Learn About Our
Peak Membership

Women’s PE Briefs is a unique source for news, personal profiles and original video content about the influential women in private equity, venture capital and other alternative investments. Falk Marques Group, producer of the Women’s Private Equity Summit, Women’s Alternative Investment Summit, and the inaugural Leadership Unbound Summit in September 2019, launched Women’s PE Briefs in May 2014 to fill a gap in coverage of the women who are succeeding at the highest levels of the industry. No other publication — online or in print — consistently covers this important leadership group.

Each weekly issue showcases the accomplishments of leading women in the industry: big deals and new ventures, fundraising and exits, and successes at companies owned or run by women. Women’s PE Briefs reports on who’s hiring, who’s retiring, who’s been promoted and who was honored with awards and recognition. When all the important news of the week appears in Women’s PE Briefs, readers can see the significant impact women have across the private equity and alternative investment landscape.

The editor of Women’s PE Briefs is Falk Marques Group Vice President David G. Barry, formerly of Dow Jones & Co., where he oversaw the editorial development of in-person events and audio conferences under such brands as the Private Equity Analyst and VentureWire.

Canvas Ventures’ Rebecca Lynn backs a company that she sees having the ability “to fully transform the payments ecosystem.” Read more. 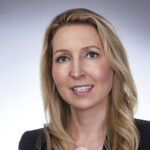 As Founder and CEO of MB Global Partners, Maria Boyazny concentrates on investing in special situations and opportunistic credit markets, helping over-leveraged companies restructure balance sheets. She tells us how MB Global has positioned themselves as “the buyer of last resort” and touches on how they deal with the risks associated with their particular portfolio.